The time has come and on this Thursday, November the 2nd, it is the opening of the 2nd Climbing Festival of Leonidio! See you all there.. 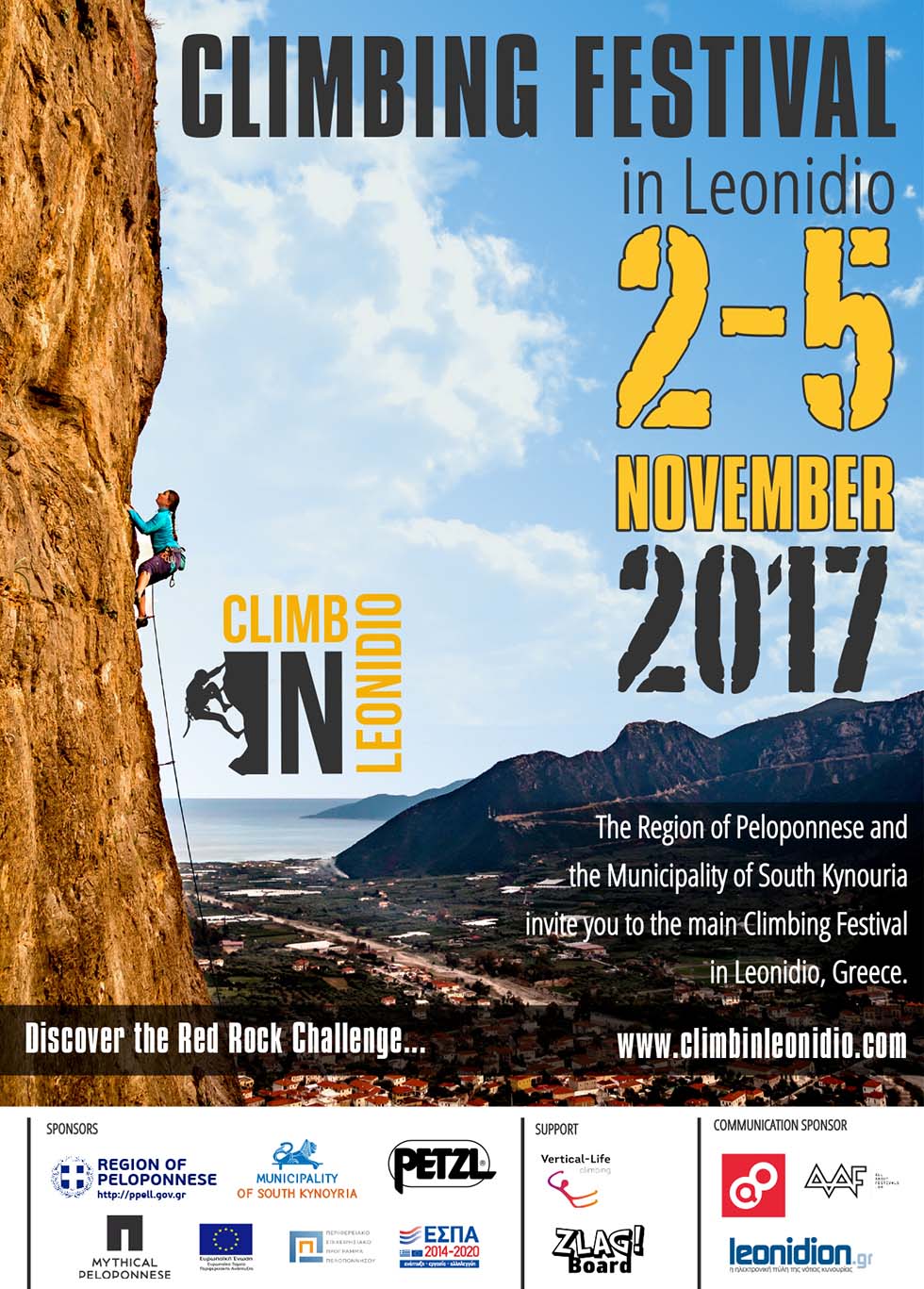 The Climb In Leonidio team is pleased to invite you to the 2ndLeonidio Climbing Festival, which will take place on November 2-5, 2017 in Leonidio. The event is, organized by the Region of Peloponnese and the Municipality of South Kynouria, and sponsored by Petzl. .

Just a three-hour drive from Athens, Leonidio has established itself as one of the best climbing destinations in Europe. Many of you have visited our beautiful village and experienced its stunning cliffs. Currently there are more than 1000 routes across a wide range of grades, and there is still potential for many more. The aim of this ambitious venture is to promote climbing by encouraging people from all over the world to spread the news regarding the beauty and endless climbing possibilities of the area!

” Access the Inaccessible® ” “Petzl’s mission is to create innovative tools and services that allow men and women to progress, to position, and to protect themselves in vertical environments, as well as to light their way in the dark.

The phenomenal climber Alexander Megos will be the special guest at this year’s festival. The 24-year old was the first climber to onsight a 9a route, and he has a strong connection to Greece, having climbed here multiple times and thanks to his Greek heritage and knowledge of the language. Alex is at the top of his game, and the opportunity to watch him climbing up close is a real treat!

Additionally, Vertical Life is bringing back events such as the Open Climbing Marathon and everyone’s favorite Zlagboard contest. Other fun activities will include yoga, film screenings, presentations, draw prizes and a reprise of last year’s awesome Saturday night live party with the band 48 Hours. Non-climbing events will take place at the Fabbrica of Culture, the gem venue in the center of town. Once again, all events will be photographed, filmed and reported on by top-notch professionals from the climbing media.

Feel free to repost and share with your friends.

We look very forward to seeing you again this year!